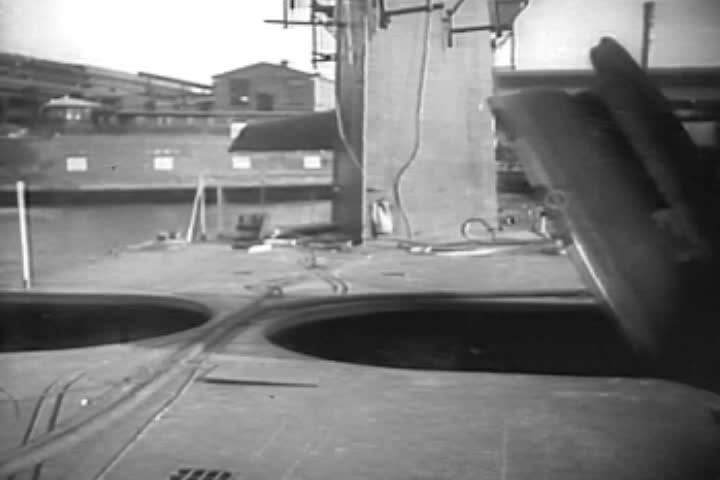 The Polaris missile was a submarine-launched, two-stage solid-fuel nuclear-armed ballistic missile (SLBM) built during the Cold War by Lockheed for the United States Navy. It was designed to be used as part of the US Navy's contribution to the United States' arsenal of nuclear weapons, replacing the Regulus cruise missile. Known as a Fleet Ballistic Missile (FBM), it first flew from Cape Canaveral on January 7, 1960.

Following the Polaris Sales Agreement in 1963 Polaris missiles were also carried on UK submarines between 1968 and the mid 1990s.

Polaris was replaced in the US Navy by Poseidon, beginning in 1972. In the 1980s both were replaced by Trident I.

The Poseidon missile was the second US Navy ballistic missile system, powered by a two-stage solid fuel rocket. It succeeded the Polaris missile beginning in 1972, bringing major advances in warheads and accuracy. It was followed by Trident I in 1979, and Trident II in 1990.

During the late 1970s, the Soviet Union developed a large number of heavy, increasingly accurate, MIRVed ICBMs (like the SS-18) that seriously threatened the survival of Minuteman III missiles in their silos. The second variant of the Trident is more sophisticated and can carry a heavier payload. It is accurate enough to be a first strike weapon. All three stages of the Trident II are made of graphite epoxy, making the missile much lighter. The Trident II was the original missile on the British Vanguard and Ohio SSBNs since USS Tennessee (SSBN-734). The D5 missile is currently carried by twelve Ohio class SSBNs.

Czechoslovakia's Invasion by the Soviets (1968)

Over 100 Years Old Footage of Earthquake

Obama's Use of Conversational Hypnosis Techniques

Life in America Under Agenda 21, Part 1