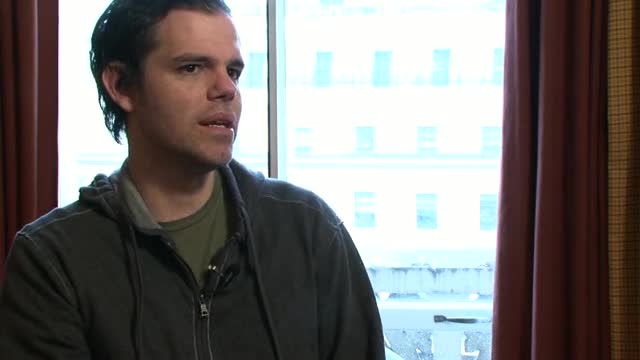 Weiler: Putting the mass back into media

It’s really about the fact that the audience now can take control of certain aspects. And that across all industries is creating major disruption, you know, which is fueled, you know, primarily by advancements in technology. So I think that phrase ‘putting the mass back in media’ is really kind of recognising: Okay, you know, media as a form is majorly going through kind of a restructuring, you know, and we don’t necessarily even have a choice as creators or people who are, you know, controlling those pipes, they don’t have a choice. And you see it a lot where people are really trying to clamp down and control it and stop it and, you know, say: No, this is not the way that I intended this to be used. And then, you know, it’s kind of as I mentioned earlier, you know, by its’ very definition it’s meant to be copied, it’s meant to be manipulated, it’s meant to be enhanced. It’s ones and zeroes, it’s binary numbers.
So I think that I was trying to kind of move towards that, but ironically the form of the book gave way to an open creative network, and I think that that’s a by-product of the times. You know, it was like: How can it be more practical? How can it be more social? How can it be more impactful within an industry where there is a major gap in terms of skill sets? You know, there is a gap between technology and entertainment, and then the WorkBook Project kind of steps in and says, you know: Just by sharing, pulling back the curtain on a traditionally closed industry we can find better ways to create business models. We can share what works and what doesn’t work. We don’t have to live in some shrouded secrecy, you know, about the process. Let’s just R&D this thing and get it over with. Not to say that... get it over with in the sense that: Let’s discover these new models. It’s not to say all of a sudden it’s a silver bullet and here’s the one model. It’s to say: Get it over with and just embrace the fact that it is going to be turbulent for quite some time. And the more readily we’re willing to fail, the more that we’ll gain, the more that the stories will improve. You know, ‘cause as a storyteller you’re always kind of putting yourself out there and there’s always risk of failure, you know.
And I think media has had it very safe for a very long time, you know, without having to necessarily really change very much of their model. You know, they’ve been able to very much say: Okay, we move from this physical media to this physical media to this physical media. Now we’re going to get you to go out and buy this again and again and again. And, you know, we can see very hard-line tangible line items that we, you know, we know we’re going to get the revenue from this. And now, you know, it’s shifted. You know, people don’t collect the same way that they did and now things are able to live on the cloud. And now people are like: Why do I have to... Why can I only listen to that at home? Why can’t I listen to that in my car? Why can’t I share that with somebody else? You know, so, it’s exciting I think in a lot of ways. I’m very excited about the future because I tend to like disruptive times, you know, ‘cause innovation comes out of those times, and it’s a perfect storm right now. You know, the market conditions, advancements in technology and, you know, kind of media consumption in general are kind of really making people sit up and say: Okay, well, where are the new business models in this? And what can we do to really kind of move forward? And most importantly sustain, you know, because I think it’s become really... that’s become a major question.

The Biggest Hug In The World By The Christ Statue

How to Build Tesla Easy