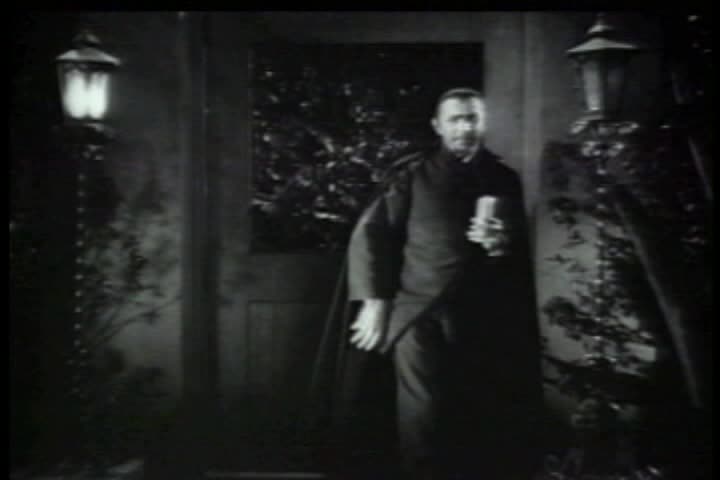 After his success in Tod Browning's "Dracula," Hungarian actor Bela Lugosi (1882-1956) refused the role of the monster in "Frankenstein" because he believed all the grunting required of him would be beneath his dignity as an actor. Ironically, however, Lugosi tended to accept any script offered to him in which there was plenty of dialog. The result was a string of low-grade Z pictures that were basically parodies of his great success as Count Dracula. "White Zombie," however, WAS an exception. Directed by Victor Halperin (1895-1983), "White Zombie" was a stylish, moody and atmospheric piece about voodoo and zombies, and fully satisfied Lugosi's penchant for "chewing up the scenery." "White Zombie" was cast with former silent actors which, at least in part, explains the stilted acting -- outdated for even 1932.

In this clip Lugosi, as master of the zombies, prepares a wax doll with which he will cast a spell over Madge Bellamy (1899-1990), making her one of the living dead. She has just married John Harron (1903-1939). Their host, Robert Frazier (1891-1944), proposes a toast to the bride. After drinking to her health, Harron hands his empty glass to Madge and jokingly asks her to read the "tea leaves."

Intel/Toshiba Film: The Power Inside, Episode 1

Intel and Toshiba Film: The Power Inside 2

Where Does It All End?

Night of the Living Dead