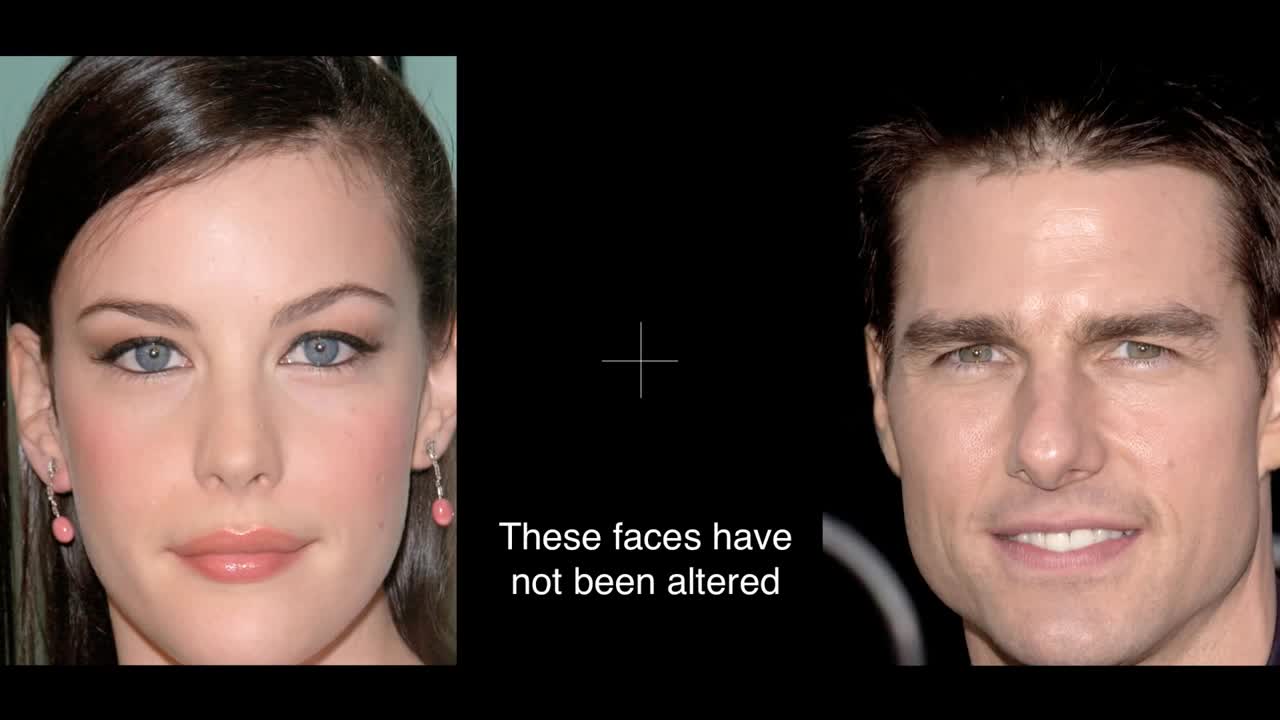 To understand the phenomenon when watching this video look at the cross.

Like many interesting scientific discoveries, this one was an accident. Sean Murphy, an undergraduate student, was working alone in the lab on a set of faces for one of his experiments. He aligned a set of faces at the eyes and started to skim through them. After a few seconds, he noticed that some of the faces began to appear highly deformed and grotesque. He looked at the especially ugly faces individually, but each of them appeared normal or even attractive. We called it the “Flashed Face Distortion Effect” and wanted to share it with the world, so we put it on YouTube.

The effect seems to depend on processing each face in light of the others. By aligning the faces at the eyes and presenting them quickly, it becomes much easier to compare them, so the differences between the faces are more extreme. If someone has a large jaw, it looks almost ogre-like. If they have an especially large forehead, then it looks particularly bulbous. We’re conducting several experiments right now to figure out exactly what’s causing this effect, so watch this space!

The Legend of Marilyn Monroe

Chanel Makes a Weird Film with Pharell and Cara

Oops I Did It Again Without Music

Celebrity Cats: Hard To Be a Cat at Christmas